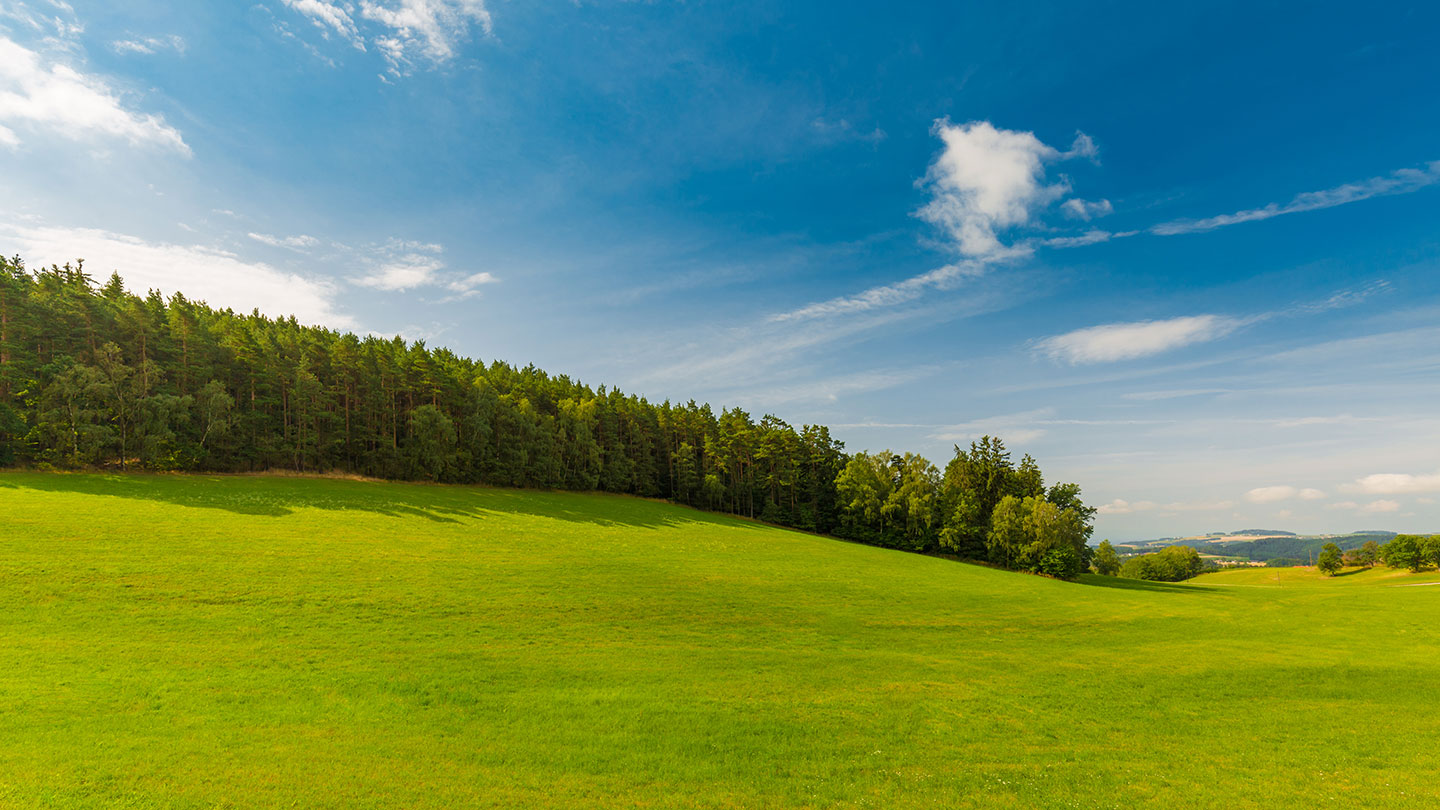 We are committed to helping our customers improve their sustainability performance, reducing our environmental impacts, and supporting our employees, communities and stakeholders.

We have a dream for the future and through our actions, we are making our dream a reality. I can assure you of our continuing commitment and dedication to stand together and work together to make a difference for our world.

Here are some recent examples that show how we are putting our sustainability commitments into action. 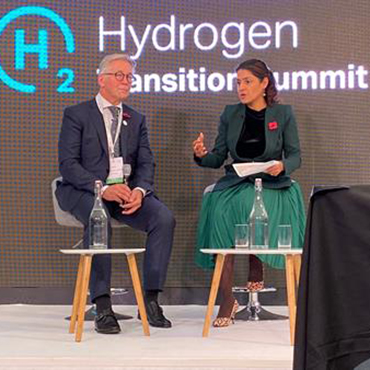 Recently government leaders, business leaders and those in the sustainability community took part in COP26 in Glasgow to continue the important work of addressing the world’s most critical environmental issues.

Air Products was there to take part and specifically to contribute to the conversation on the role hydrogen must play to decarbonize the energy system, with a specific focus on the heavy-duty transportation sector. As the world’s largest producer of hydrogen, Air Products will play a key role in the energy transition.

For those who were unable to attend, both discussions, as well as other sessions at the Hydrogen Transition Summit are available to view on replay at Climate Action’s event website. 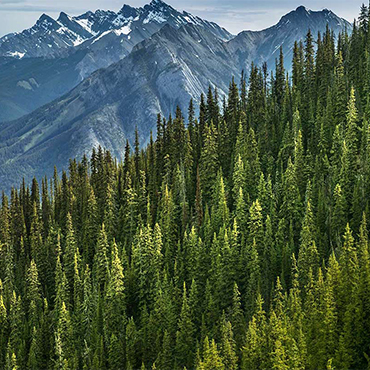 CHFCA is a national association that supports industry, academia, government agencies, financial organizations and other stakeholders focused on hydrogen and fuel cell technologies and products. As the collective voice of Canada’s world-leading hydrogen and fuel cell sector, the CHFCA’s mission is to strengthen Canadian leadership, raise awareness of the benefits of the technology, and accelerate the adoption of its members’ products and services in Canada and abroad.

Earlier this year, Air Products and its subsidiary Air Products Canada, in conjunction with the Government of Canada and the Province of Alberta, announced plans to build a landmark new net-zero hydrogen energy complex.

The project will begin with a transformative $1.3 billion (CAD) net-zero hydrogen production and liquefaction facility expected onstream in 2024. Air Products will deploy advanced hydrogen technology and innovative design to deliver net-zero emissions. The new facility will capture over 95 percent of the carbon dioxide (CO₂) from the feedstock natural gas and store it safely underground. Hydrogen-fueled electricity will offset the remaining five percent of emissions.

The clean energy complex will help refining and petrochemical customers served by the Air Products Heartland Hydrogen Pipeline to reduce their carbon intensity. The complex also marks a first in the wider use of hydrogen in Alberta, enabling the production of liquid hydrogen to be an emissions-free fuel in the transportation sector, and to generate clean electricity. This is expected to have a positive impact in lowering Alberta’s carbon emissions.

“This innovative project supporting the mobility and industrial markets will continue to position Canada as a world leader in low-carbon hydrogen production and the energy transition,” said Eric Guter, vice president, hydrogen for mobility solutions for Air Products. 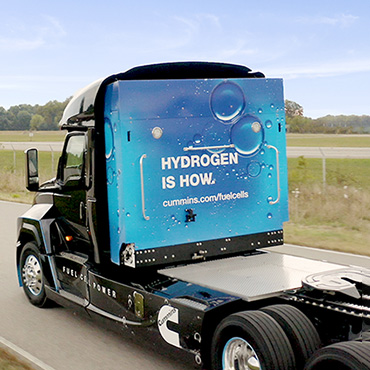 Air Products and Cummins Inc., a global power and hydrogen technologies leader, recently signed a memorandum of understanding to work together to accelerate the integration of hydrogen fuel cell trucks in the Americas, Europe and Asia.

“The best way to promote the adoption of hydrogen for mobility in heavy-duty applications is for us to have units on the road and lead by example. In addition to other heavy-duty applications like transit fleets, where we already provide fueling solutions, the semi-truck market is a major opportunity for hydrogen due to its rigorous requirements. Only hydrogen fuel cell vehicles can provide the necessary range, refueling time, and weight requirements to decarbonize this important transportation sector,” said Eric Guter, Air Products’ vice president for hydrogen for mobility solutions.

Hydrogen is an important technology option for sustainable transportation, including for heavy-duty vehicles. Hydrogen fuel cells are gaining momentum as the technology of choice in heavy-duty applications due to the duty-cycles, especially in extreme climate conditions. Hydrogen as a transportation fuel most closely mirrors the traditional consumer transportation fuel experience, and Air Products has been a pioneer in this area for decades. The company’s technologies are used in over 1.5 million refuelings annually across 20 countries, with Air Products having been involved in over 250 projects. 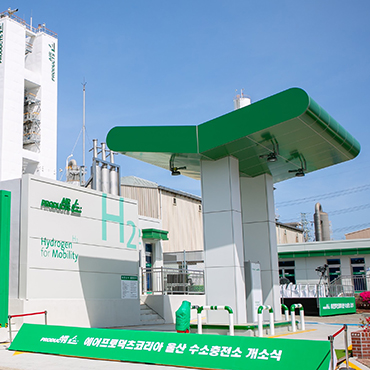 The hydrogen fueling station is the first built and operated by the private sector in the city under the South Korea government’s subsidy program. It is part of Air Products’ ongoing commitment to Ulsan City, which houses the country’s hydrogen industry hub and is one of three pilot cities in the country’s national hydrogen economy roadmap.

Ulsan, the country’s largest hydrogen production and distribution city, has been designated as a Free Trade Zone for hydrogen mobility development.  It was the first city to operate hydrogen buses and taxis and has established itself as the center of hydrogen fuel cell vehicles.

“Hydrogen and fuel cell technologies are part of the solution to the energy and environmental challenges of today and tomorrow,” said Kim Kyo-Yung, president of Air Products Korea. “As the world’s largest hydrogen producer and a global leader in hydrogen technology, Air Products is committed to supporting South Korea to realize a hydrogen-powered society through our expertise across every aspect of the Hydrogen for Mobility value chain.”

South Korea is one of the leading countries to develop a hydrogen-based economy. Its hydrogen economy roadmap includes a goal of producing 6.2 million fuel cell vehicles and rolling out at least 1,200 hydrogen fueling stations by 2040. 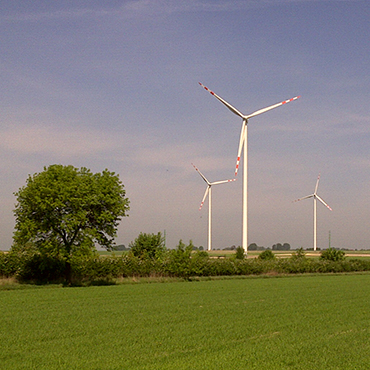 Demonstrating Air Products’ ongoing commitment to sustainable business management, the agreement equates to an emissions reduction equitable to removing 8,500 cars from Poland’s roads.  It also supports the company’s “Third by ‘30’ goal” to reduce its CO₂ emissions intensity (kg CO₂/MM BTU) by one-third by the year 2030 from a 2015 baseline.

“Delivering cleaner energy solutions is an important part of Air Products’ past, present and future, not just for us as a company, but also for our customers, partners and the communities where we operate,” said Jacek Cichosz, Air Products’ general manager – Industrial Gases, Poland.  “There is a real commitment in Poland and within the European Union, to address climate challenges with urgency and positive action. Air Products has that same desire towards an effective path in the broader energy transition.”

Edward Northam, Head of GIG Europe – one of the world’s largest teams of green infrastructure developers and investors - said “Air Products is playing a leading role in the energy transition. As such, we are delighted to structure this PPA and play a role in accelerating Air Products’ own renewable energy and sustainability journey in Poland.”

Air Products was rated as the top climate-aligned company by Barron’s as part of its 2021 Ranking of the Most Sustainable Companies in America. Overall, Barron’s ranked Air Products 13th on its 100 Most Sustainable Companies list, up 20 spots from the previous year. Air Products earned first place as the top company for the climate-aligned segment of the rankings, which rated companies for efforts to reduce the impact on the environment throughout their operations and providing sustainable solutions.

Barron’s specifically noted that Air Products, which has appeared on the Most Sustainable Companies list for three consecutive years, has committed billions of dollars of capital toward the largest renewable hydrogen project in history, which will provide carbon-free hydrogen to the world on a massive scale in 2025.

“Sustainability is at the heart of what we do. Our industrial gases, technologies and applications enable customers around the world to reduce their energy use, lower emissions and increase productivity,” said Seifi Ghasemi, Air Products’ Chairman, President and Chief Executive Officer. “We are proud to be recognized by Barron’s for our sustainability efforts and solutions but know there is always more work to be done, which is why Air Products is playing a lead role in addressing significant energy and environmental challenges through gasification, carbon capture and hydrogen for mobility solutions around the world.” 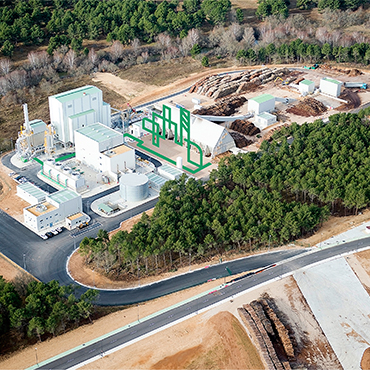 Carburos Metálicos, a wholly-owned subsidiary of Air Products, signed an agreement with ENSO (Bioeléctrica de Garray) to capture and clean carbon dioxide (CO2) produced by ENSO’s plant in Soria, Spain that uses biomass as fuel. In turn, the plant will provide the power and heat required for Air Products' processes.

After being processed, the CO2 will be supplied to Air Products’ customers who previously received CO2 from a different Air Products facility that was farther away and used a different production technology. This will enable Air Products to avoid the emission of thousands of tons of CO2 to the atmosphere every year, in addition to saving approximately 100,000 kilometers in road transport and associated emissions. The plant is expected to start operating in June 2021.

The project for the new CO2 capture, purification and use facility in Garray is funded by the LIFE Program of the European Union, created in 1992 to support and finance actions to protect the environment and act against climate change. The project website is www.lifeco2intbio.eu.

“This strategic alliance shows once again that sustainability is at the center of the activity of Metallic Carbides. From a local point of view, this innovative project allows us to continue increasing sustainability and efficiency by increasing our production capacity in the area while reducing the CO2 generated in the road distribution of our products. In this way, we also benefit the surrounding communities by improving air quality,” said Miquel Lope, General Director of Carburos Metálicos.

Please contact us if you have any questions about our Sustainability commitments or activities.